Homer Simpson Proud To Be An Oregonian

As he so eloquently put it......"Mmmmmmmm...beeeeeer".  Here's just a few of the many places you can go in Portland to grab a local cold one:

Portland is home to 65+ breweries and counting — more than any other city on earth. Since the early 1980s, Portland brewers have been hard at work, pioneering the craft beer movement with fresh ingredients like Willamette Valley hops and barley and Bull Run water. Along with bustling brewpubs and a calendar overflowing with beer-themed events, their innovative brews help the city to continually earn its “Beervana” nickname.

Portland’s beer buzz began in 1984 when both BridgePort Brewing and Widmer Brothers Brewing opened facilities in what is now the Pearl District, not far from where Henry Weinhard’sbrews were made back in the 1860s. Today, both BridgePort and Widmer offer daily tours and have bars that serve pints and taster trays, though in 1990 Widmer moved its brewery to its current North Portland site, conveniently located along the MAX light rail Yellow Line.

In 1985, McMenamins opened Oregon’s first brewpub in Southwest Portland; you can still knock one back at the original Hillsdale Brewery today. McMenamins now has more than 50 whimsical locations in the Northwest — each unique, but united by their flagship beers and historic locations.

The move to Portland

Other Oregon brewing pioneers opened Portland locations in the 1990s, including Rogue Brewing, which opened in Newport in 1989 and today operates the Rogue Distillery & Public House in the Pearl District, Rogue Hall downtown, a Portland Airport pub and the Green Dragon). Hood River’s Full Sail, which started in Hood River in 1987, has a small brewing operation inside McCormick & Schmick’s Harborside at the Marina in downtown Portland.

More recently, two Bend-based heavyweights have also opened Portland outposts: Legendary Deschutes Brewery, founded in 1988, opened a brewpub in the Pearl District in 2008, and fast-growing 10 Barrel Brewing moved into the same neighborhood in 2015.

Agile upstarts are always welcome in Portland’s brewing community, and in the 1990s, a series of newcomers helped keep the city’s beer scene fresh. For example, Lompoc Brewing, around since 1993, is continually creating new beers and locations, like Sidebar, a limited-release tasting room. In 1994, Lucky Labrador Brewing Company started pouring concoctions like their rich and creamy Black Lab Stout when the first of their four locations opened to the public (and their pooches).

Also coming on the scene in the ’90s was Hair of the Dog, which generated a cult following with its earliest offerings, the bottle-conditioned — and strong — Adam and Fred. To the delight of longtime fans, Hair of the Dog opened a tasting room in the Central Eastside in 2010. Their small-batch brews pair well with the pub menu, which offers everything from cheese plates to chili.

Laurelwood Brewing opened in 2001, and you can find their brews at two locations inside Portland International Airport as well as their family-friendly brewpubs in Northeast Portland andSellwood.

More recently, the vast selection of organic beers offered by Hopworks and the newer Hopworks BikeBar have been drawing rave reviews since they started brewing in 2008. The “eco-brewpub” is powered with 100% renewable energy; at the BikeBar you can help generate the building’s electricity by pedaling away on two stationary bikes. When it’s time to refuel, enjoy a delicious pizza and a thirst-quenching Organic Hub Lager, which has won awards around the world.

Part aging room, part pub, the Cascade Brewing Barrel House is a 7,100-square-foot (660 sq m) emporium of beer that launched in 2010 and quickly gained attention for its distinct specialty sour beers. Every Tuesday at 6 p.m. they tap a new barrel, and their expansive patio is a favorite destination on summer evenings.

Recent years continue to bring exceptional new breweries to Portland. Some take a targeted approach, focusing on specific beer styles or brewing techniques, but it’s safe to say that they all prize sharing their passion and their beer.

Base Camp Brewing, founded in 2012, taps into two local passions: beer and the outdoors. They brew lagers, experimental styles and a famous S’mores Stout that comes with a toasted marshmallow right on the chalice. Base Camp’s brews are bottled on-site in aluminum bottles, which are perfect for keeping beer cold and fresh on hikes, kayak trips and other adventures.

Started as a nano-brewery in owner Mike Wright’s garage, The Commons Brewery now operates a 15-barrel system and serves two brews year-round (Urban Farmhouse Ale and Flemish Kiss, an American-Belgian hybrid) — both award-winners. A visit to its Central Eastside tasting room will reveal a rotating selection of small-batch, seasonal offerings.

At both its original location in Northeast Portland and the larger brew house in Milwaukie, just southeast of Portland, Breakside Brewery crafts favorites like the Breakside IPA, winner of the coveted gold medal for American-style IPA at the 2014 Great American Beer Festival, and wild experiments like the Duck Duck Drunk, a chocolate porter brewed for Breakside’s third anniversary in 2013 and infused with 100 pounds of locally raised Muscovy duck.

Gluten-free ale is the sole focus at Ground Breaker Brewing, which uses Willamette Valley chestnuts hand-roasted on-site to take the place of grains in their award-winning brews. Taste gluten-free IPAs, pale and dark ales, as well as experimental ales incorporating local ingredients like coffee or squash, and enjoy gluten-free food at the Ground Breaker Gastropub next door.

Wrapped around an open kitchen that kicks out cured meats and charcuterie, Burnside Brewing pours seasonals and steady favorites like Sweet Heat, a tart wheat ale flavored by apricot puree.

Gigantic Brewing strives to make the best IPAs in Portland, and also to ignore all the rules and come up with unique one-off beers showcasing the veteran brewers’ creativity and the region’s stellar hops. For example, their Catch 23 pale ale was focused around Hop #527, an experimental variety from Roy Farms in Yakima, Wash.

Although Ecliptic Brewing is a newer addition to the Portland beer scene, its founder is no upstart. Local brewing legend John Harris put in time at McMenamins, Deschutes (where he developed the recipe for blockbusters like Mirror Pond Pale Ale) and Full Sail before striking out on his own. Ecliptic combines Harris’ two passions, brewing and astronomy, in celestial-themed brews like the Spica pilsner (named after the brightest start in the constellation Virgo) and Orbiter IPA — all paired with an elevated food menu that rotates with the astrological calendar.

Under the shadow of North Portland’s iconic St. Johns Bridge, Occidental Brewing specializes in European-style beers. Stop by the brewery and taproom to taste their spectacular altbier or popular kolsch.

Importing the concept of French and Belgian farmhouse-style beers, Upright Brewing is a hidden gem in the local beer scene. Its basement-level tasting room has few frills but is big on flavor, with a seasonally rotating menu of one-offs and small batches pushing the limits of their Pacific Northwest ingredients.

Baerlic Brewing offers 10 taps pouring a mix of their year-round beers and seasonal or one-off concoctions. Many brews tend toward classic European styles, like cream ales and stouts, but they also make a flagship IPA and use plenty of local hops, living out their motto, “the beer here is near and dear.” 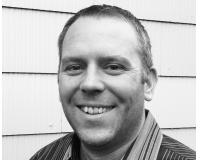